Hasselblad has a long-standing reputation in the field of aerial imaging. Its technology and equipment have been used by NASA in the first mission of mankind and other tasks of the Apollo Project. In the report of Luminous Landscape, due to some stupid decisions, such as prohibiting other companies from using other digital backs on Hasselblad cameras, they would have to pay licensing fees, which caused many photographers to resent Hasselblad. From the beginning of the 21st century, Hasselblad began to seek buyers. The first buyer was the movie scanner company Imacon. Afterwards Hasselblad has been sold several times and has replaced a CEO for almost two years. The last acquisition took place in 2011, with the acquisition company Ventizz. It can be said that in the past ten years, Hasselblad has not passed smoothly. During this time, competing brands such as Sony easily won the market. Hasselblad's greatest value is its brand and years of technology accumulation in cameras. 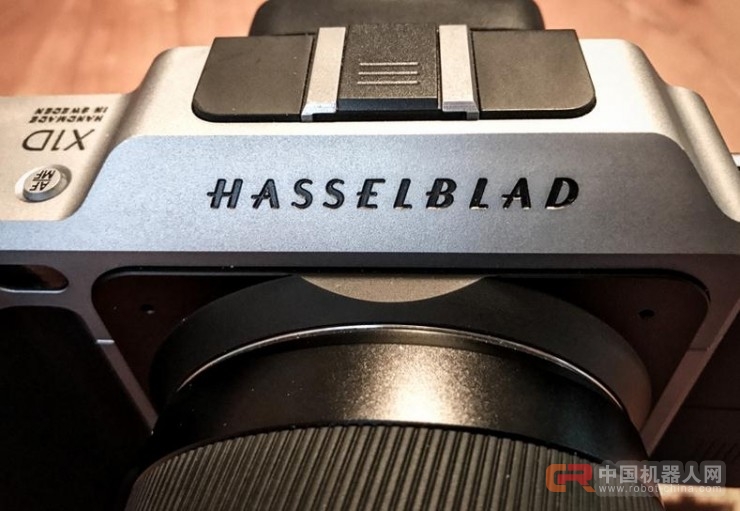 Due to lack of funds, Hasselblad released the medium-format anti-camera X1D production schedule delayed in the middle of last year. Until the end of 2016, Hasselblad started shipping in a small area. At this time, investors who do not receive returns are reluctant to continue investing. Lastly, Hasselblad began to turn to Djang for support. Logically, Dajiang became a major shareholder from the original minority shareholders. Dajiangâ€™s acquisition of Hasselblad has its own value, but it still needs consideration. Because the user positioning of the two currently does not have a fit. Therefore, when DJI announced its investment in Hasselblad, it declared that the two companies would still focus on their respective fields and development directions despite their strategic cooperation. The products that the two parties have collaborated so far are limited to the aerial kit launched in July last year. The kit integrates the Hasselblad medium-format A5D aerial camera and the Dajing Jingwei M600 professional flying platform. This kit has contributed to DJI's professional imaging field. The opinions of people in the industry include drone practitioners, aerial photography talents and investors, and their opinions differ. Uncertainty: This looks at how the management thinks and where to go. I think Hasselblad cannot directly help Dajiang. It is also difficult to judge whether there is a chemical effect or not. - Investor G Hasselblad is an old brand in the field of photography, and Dajiang is an upstart. From the perspective of capital allocation, Dajiangâ€™s money can't be idle. It has to do something. From the brand perspective, it is indeed a great improvement. , The main thing is to look at what they have to enhance after the acquisition of it! Hasselbladâ€™s imaging technology is definitely more powerful than Dajiang, and DJIâ€™s strength is in the direction of aerial photography. This is definitely something that can be learned from Hasselblad. If it is acquired, it depends on the final transaction price, and how much intellectual property rights in Hasselblad's acquisition terms are released to Dajiang, and it can be seen whether this is a worthwhile transaction. - Lei Yang aircraft Yang Zhen will not need to see what Hasselblad left! If there is no wrong guess, it should be more cooperation in mapping. The aerial camera does not need technology such as medium format, but the surveying and mapping technology is like Hasselblad can. Dajiang's roots lie in robotics. For robotics, image measurement technology is very important. - Despise the founder of Xiaoshi, worthy of science and technology: If you are pursuing the ultimate in video or learning mobile phone games, you may! For example, Huawei hangs a Leica logo. For Dajiang, this can serve as a brand blessing, such as the same lens. You said that you use Hasselblad, you use a foundry, and the value is not the same. â€”â€” Some domestic optical product manufacturing company employees are worth it! Hasselblad's accumulation in camera technology is quite the same! Hasselblad's old camera factory was extinguished by the new generation of Japanese swordsmen Canon, Nikon, Minolta, and Dajiang's current integration, marketing capabilities are not weak, but also combines photography technology to the drone That's not a very good combination. Let's just say this, Elves 4Pro don't look at the Pro 3 letters. People already have SONY's black card CCD integrated into it. What I see is that DJI has spared no effort in integration. At present, it seems that M43 is not awkward, but In addition to DJI, who else can put together the M43 format camera plus RAW records? There is one more important thing. The doorway is still quite deep with the sense of color. There is also no way to rule out that DJI's entire medium-format CCD + MX is hanging on the M600! Do you know where did you go from father to father when you used 8 axes plus 5D3? That's because there was only this configuration, or it was DIY. All of them are now all realized in Dajiang, and especially after the realization of Go2, the entry-level movies and TVs are basically Gou2. Also, Hasselblad is a compact body machine with medium format, such as the X1D-50C. I think it's very likely that the DJI will produce a full-frame camera head similar to the X5S, and even a medium-format camera plus a pan tilt. â€”â€”What is the value of Hasselblad in the end of years of aircraft model practitioners worthy of Dajiangâ€™s acquisition? Not worth it: Hasselblad has no weight, and he doesnâ€™t know how to make money! The user community is not the same, drones are still playing, Hasselblad is too high-end. Unless you want to lower the SLR threshold. If Dajiang really collected Hasselblad, it would actually be possible to get one, but the risk is not small. The shape of the product is indeterminate, and the matching of resources is not high, because the Kazakh user community, distribution channels, supply chain, and drones are not an era, an antique, a fashion. To combine, I think the most likely is to do some low-end Hasselblad, and Japanese SLR competition. â€”â€”Investor Y

It can be seen that everyone is more rational about this acquisition, and it will not be necessary for the acquisition because of Hasselblad. According to Lei Fengnet, the biggest value of acquiring Hasselblad for Dajiang is to make its future more likely. Although Dajiangâ€™s main business is consumer-class aerial drones such as the Elven series, this market has not seen significant growth in recent years, while its competitors have continued to grow, and Dajiang itself has grown rapidly, so Dajiang The product line will only grow more and more to meet Dajiang's growth. Last year, Dajiang successively released a number of products such as Genie 4, Mavic Pro, and Inspire 2 products, among which Mavic Pro is a brand-new product launched by Dajiang. In the field of professional imaging, Dajiang has also been ploughing deeply. From the establishment of professional film and television aerial photography companies to the shooting of various professional events, Dajiang is making itself a professional video company. And most importantly, at this time, DJI can complete the transaction at a very advantageous price. What's more, in addition to Dajiang, there are still other reasons to save the company that has been at the end of the road! However, if the two sides finally find it difficult to find a direction, then the outcome may be like Microsoft's acquisition of Nokia, and in the end it is very likely that the acquisition will once again face the fate of being transferred to another person.