Changing the mobile phone is really an annoying thing. In particular, changing the brand requires re-downloading software, organizing the desktop, and familiarizing yourself with the new system. What's even more difficult is changing the usage habits. . . .

From the era of the MX2's small circle, Meizu was started. At that time, it was mainly directed at the value of beauty. At that time, her husband was only a blue pot friend, and Xiaomi used it. The system was very user-friendly, so I also brushed the HTC on the MIUI system. This caused all kinds of unaccustomed changes to Flyme, and I used to think about it the first few days. After falling out of the adaption period, I found that Flyme was a good system, and that the small circle was beautiful and easy to use. After the MX2 was used by my high intensity, it was replaced by the MX4 Pro. Then I discovered that the camera is really a big injury to the Meizu. I can only comfort myself. I don't take any selfies anyway. I don't take pictures anymore. When I go out to play the high-end SLR results that I can use for a year and a half, I first broke my mBack button. And the camera, send Taobao repair a good month and broke the screen, can not be reconciled to buy a new screen change, the results of a few days in my battery under sudden heavy use of serious power. . . Thinking that all spent so much money on maintenance, how do you insist on a period of time, then went to the official to replace the battery

In fact, the main reason for such insistence is that I don't know if it is better to change my mobile phone. . . This time for mobile phones, I hope to have a better camera function, good value, the system is easy to use, the configuration of the upper.

If you do not change the brand, even my MX4 Pro are used Orion, Pro6 turned out to be MediaTek and Pro6's camera tuning is still very bad, and later out of Pro6s, improved camera and battery life, the price is really not low.

If I change my iPhone, Iâ€™m afraid I didnâ€™t fall for two days. After all, I like the phone to streaking.

Samsang took NB, but the system has no love, s7edge is definitely not willing to set the shell ~

The one-plus 3 and 3T with incredibly good word-of-mouth can't buy it. Not to mention that the hydrogen OS function is too short. It's so good that Flyme is so optimized that it can't stand it.

Hammer learned mBack, this is easier to adapt to, but watching some evaluation video, always feel not satisfied, specifically what is not satisfied I also forgot =. =

The Huawei Mate7 and Mate8 used by my parents did not seem to like it very much, and Huawei did not have any good-looking mobile phones. It was a mega-bordered antenna that was ugly. . .

Blue and green manufacturers. . . Anyway, I do not buy

In the entanglement finally waited for the Pro6 Plus conference, in addition to the screen size is too large, the other is very satisfactory è¯¶ ~ endured for some time, finally waited until a few evaluation video, determine the camera tuning, although not the best, but already It is the flagship level, fast charging, and long-range flight. If you don't play big games, the speed is also guaranteed. In addition to the principle of early purchase and early enjoyment, January 3 grabs a champagne gold at the official flagship store or spends 12 instalments on interest, in exchange for no pressure.

Below on the map ~ 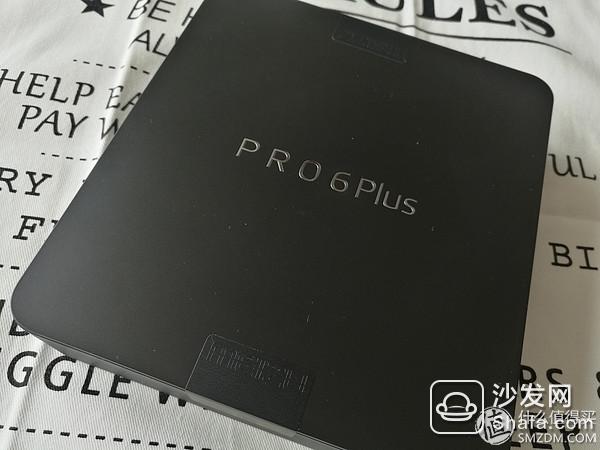 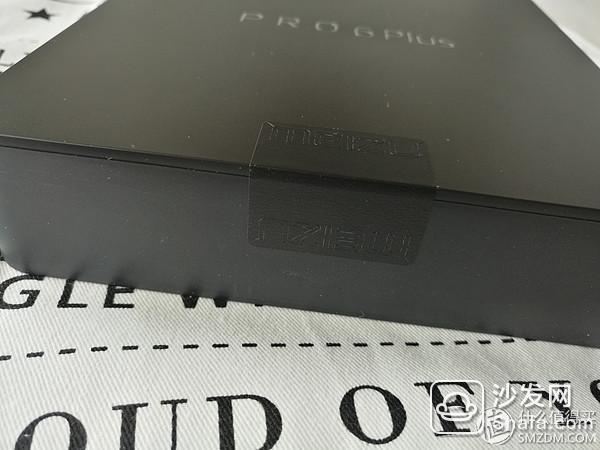 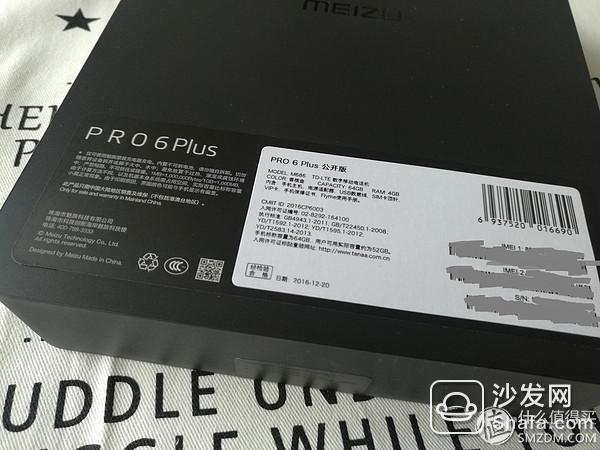 Express box did not hold directly on the demolition, the official flagship store is SF postage, whether it is a mobile phone shell, data line or mobile phone, is this treatment ~ with the mother's Mate8 shot photos, forgive an 8 months pregnant women do not It's easy to take a picture of Nikon

The texture of the black shell is very good, the sealing is too good to tear, can only be cut open with a knife carefully ~ 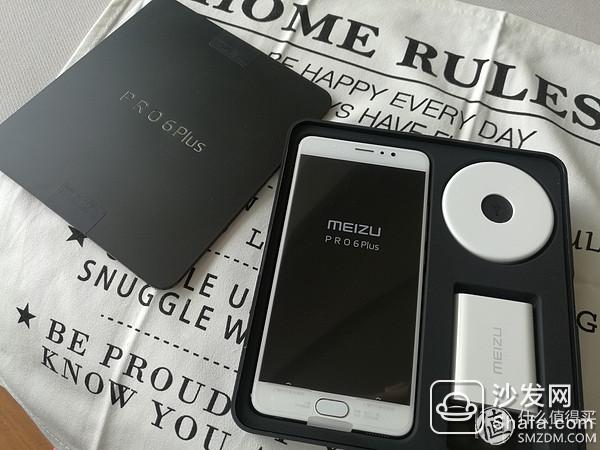 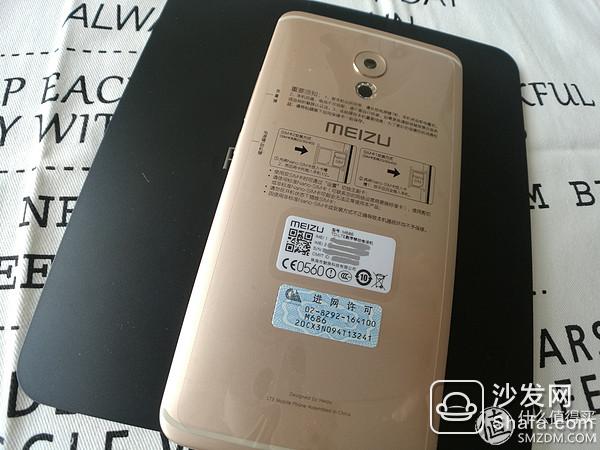 I feel so excited when I open the lid. 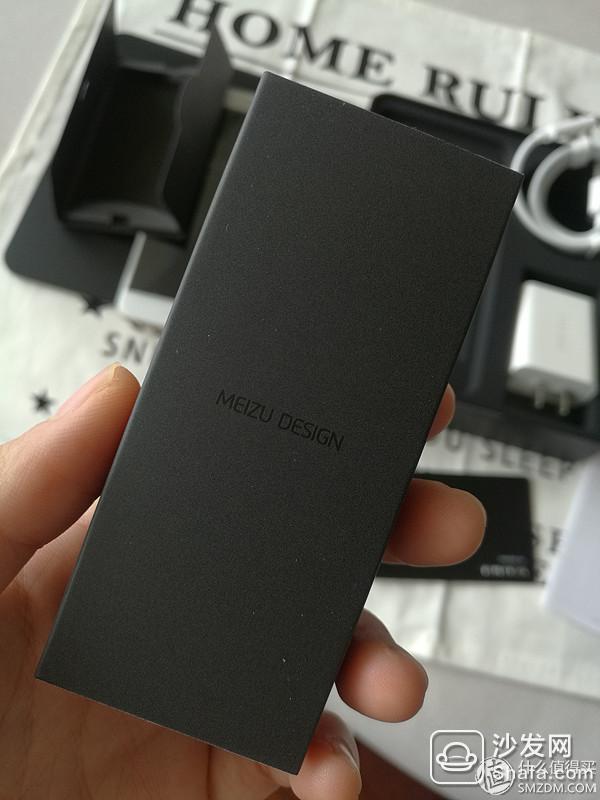 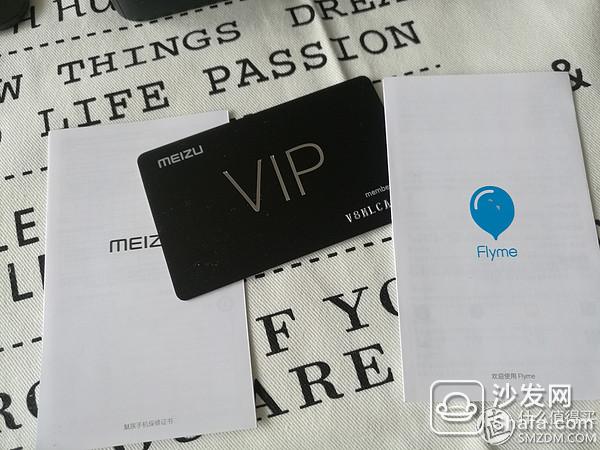 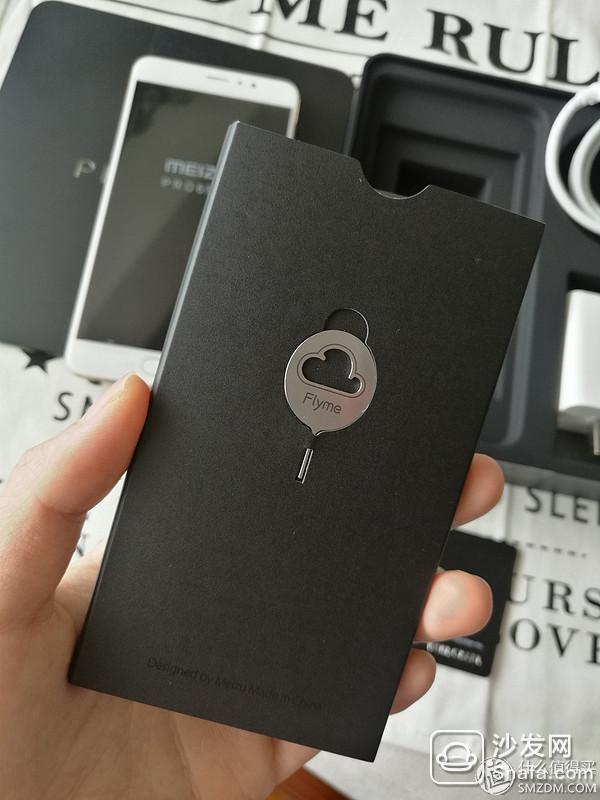 The phone is peeled off layer by layer, or the familiar pin=. = 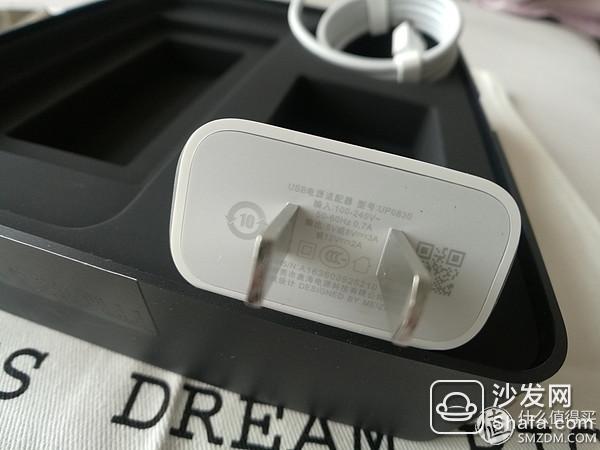 With a macro lens, it is still not easy to focus on 24W fast charging head, which is obviously bigger than other mobile phone chargers at home. The data line has forgotten to shine, particularly thick, it seems to be of good quality ~ type-c interface, no longer worry about confusing with other data lines at home 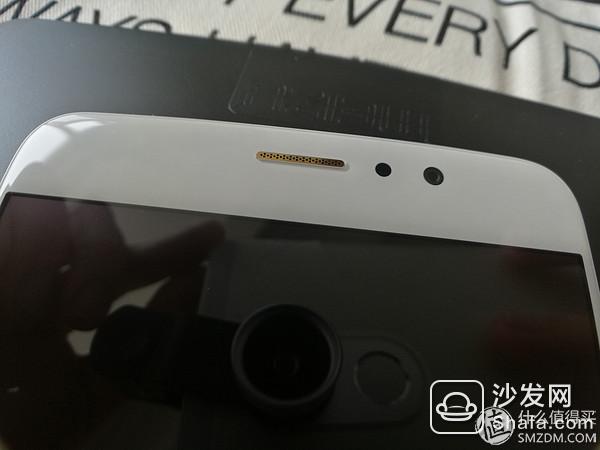 The top is no longer the symmetrical design of Pro6, and my 4Pro is very much the same, causing me to accidentally take the wrong handset and make it golden. It feels a little unexpected. It's not as good as using the straight black ~2.5D glass. , feel very good ~ 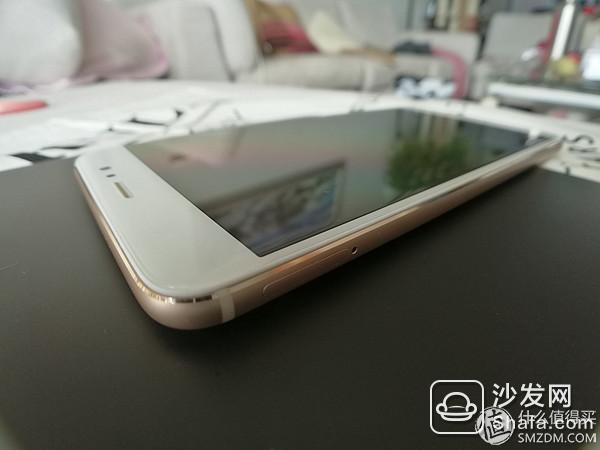 Meizu is indeed crafted by heart, and the edge of the phone is very mellow, there is no feeling of cutting hands, although the screen is large, but the grip is very good. The rear cover cannot be opened. You can use the pin to eject the card slot on the side. Both SIM card slots are here. Note that this is a Nano card! Just happily yanked out the SIM card from 4Pro and found that the plug couldn't go in. At the time, my heart was broken. . . 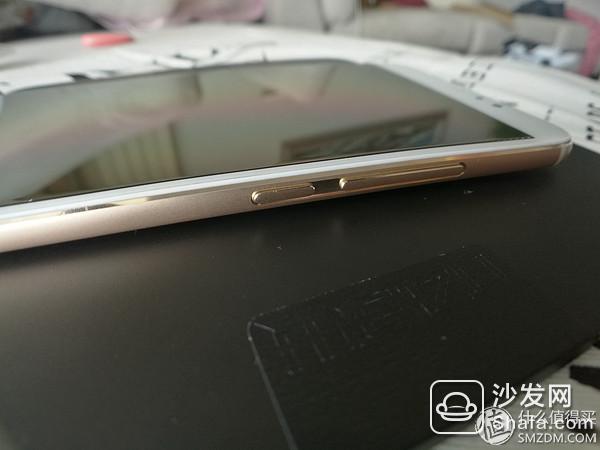 Both the power button and the volume button are on the right side and it feels good. 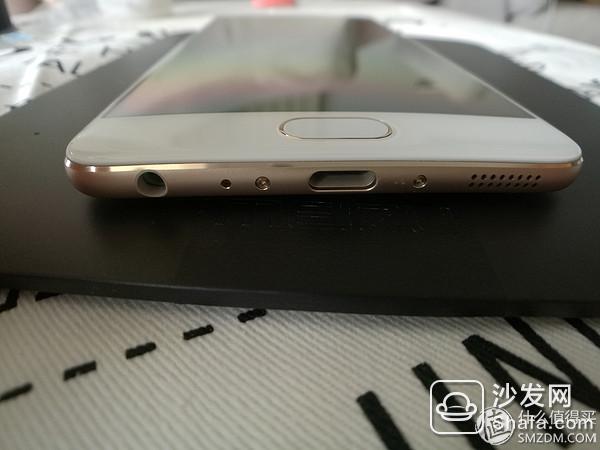 The bottom opening is not too beautiful, and the speaker changes from a single row to a double row, increasing the asymmetry. But generally nobody pays attention to the bottom of the phone. 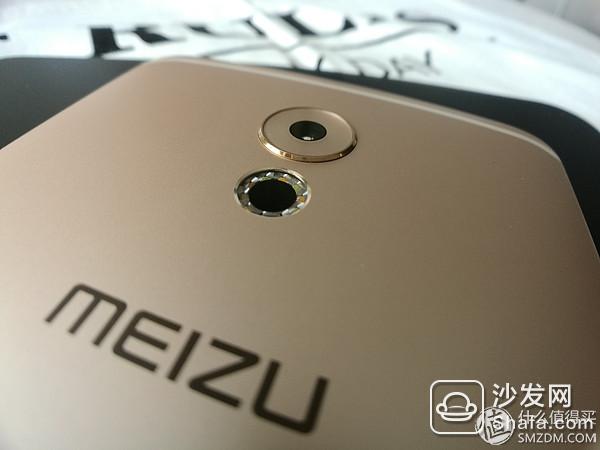 The back camera slightly raised, more than the apple's bulge - anyway, now in order to make the phone thin, most of the camera is raised, as long as they do not grind flowers, it does not matter that the camera is a circle of metal edging To protection. The focus is on the ring flash

The back color is not the same as the official map. The official map is lighter. The champagne gold is still more textured. However, dark gray should be more forced, it is recommended that men start dark gray ~ 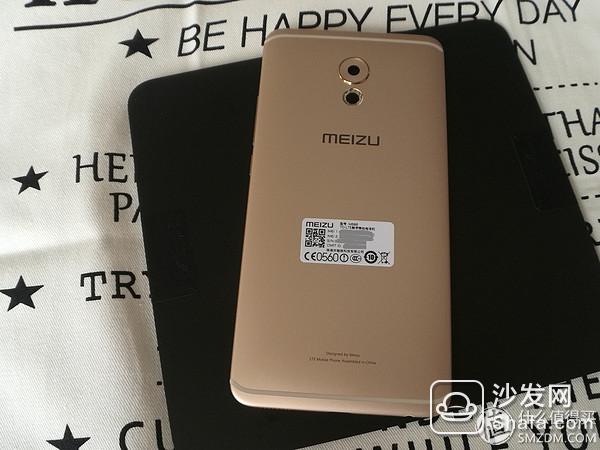 After tearing off the back protective film, it is preparing to tear this white strip, and the result will be. . . Can't tear it down! ! ! 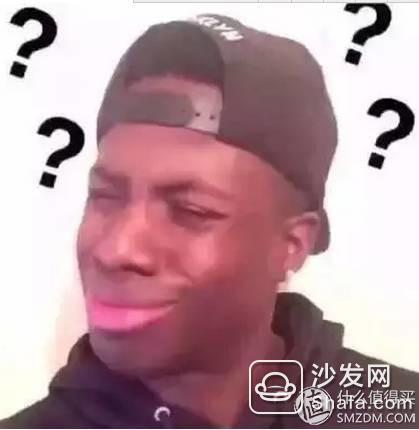 After a long time, I didn't come down, so I gave up for the time being. . . Seeking to tear off the label without a trace! ! ! 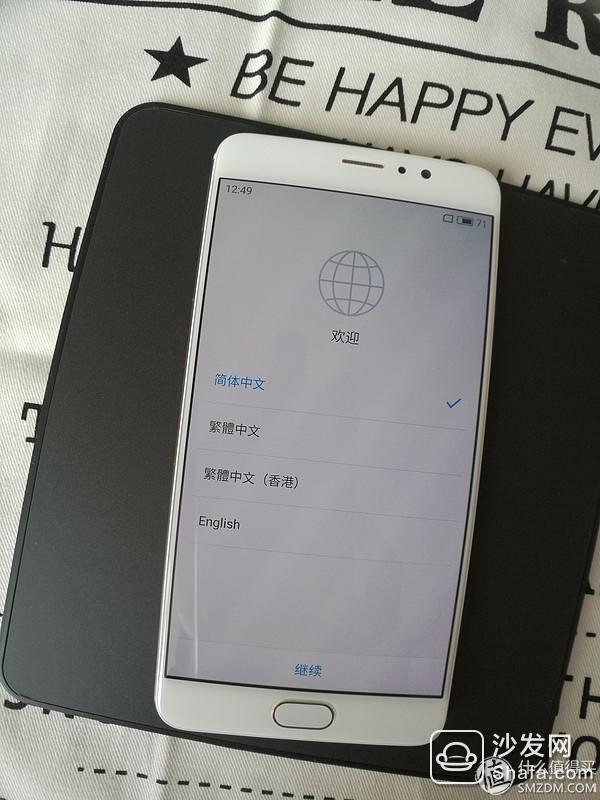 The boot screen did not have time to shoot. . . Hey, set the process to go over it ~ 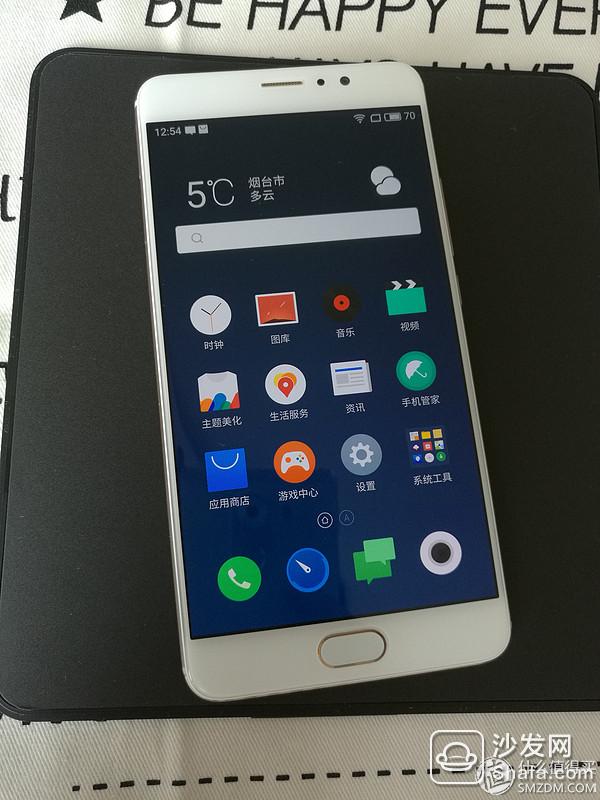 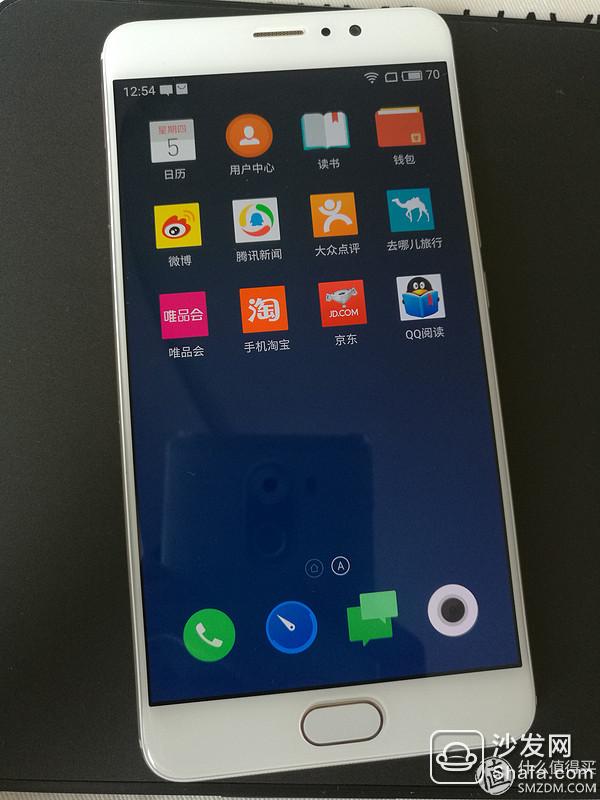 The default installed software has these and can be uninstalled. But I decisively uploaded 4Pro's cloud desktop, and then the desktop became my familiar recipe.

Samples suggest that we still look at a number of specialized mobile phone evaluation of the public number, such as rice evaluation and love No Technology are out of the evaluation of Pro6 plus, but also with other brands for horizontal comparison, very useful reference value. Although the aesthetics of science and technology have been evaluated, only half of them have not been evaluated yet.

Auntie Zhang's photos will be lost after the pixel is also lost, so I just took two tests after the bread was finished in the evening - the restaurant's lighting is orange, so the reflection is a bit reddish, but the overall color is still relatively safe Really, the bread was still very appetizing. Although the cutting knife was not found, the cut was not beautiful. . . 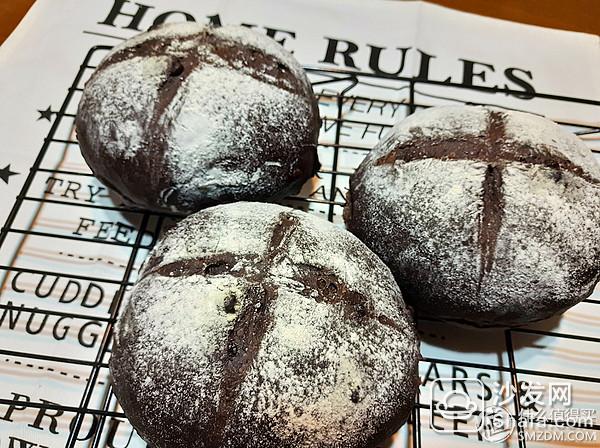 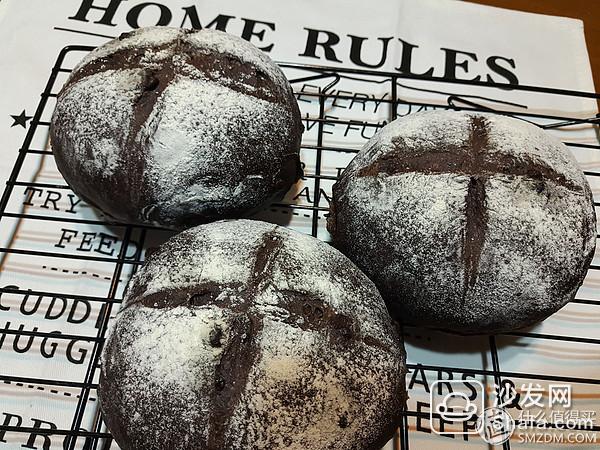 The following quote from Baidu Encyclopedia

The HDR mode must be turned on manually, and the camera will not return to normal photo mode when the camera is restarted. Using HDR at night, the details are definitely clearer, and the contrast seems to be bigger. 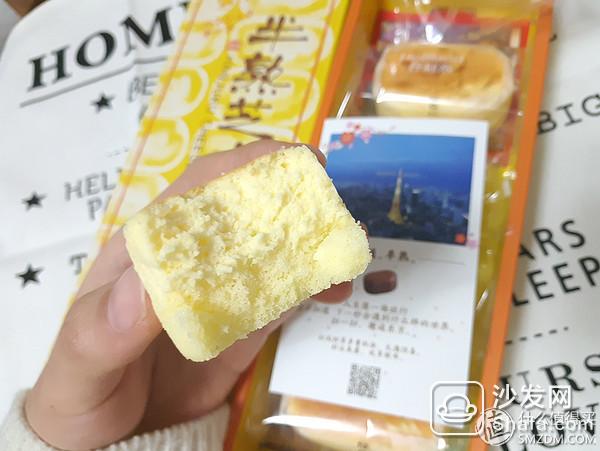 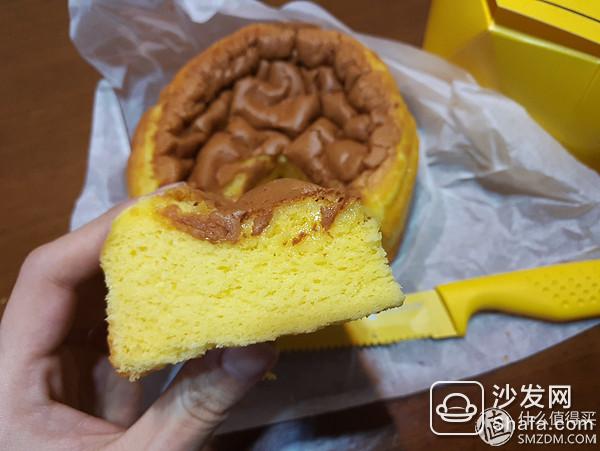 Eat food just want to take food. . . The hollyhock parmesan cheese is really good, light cheese made with cream cheese from kiri, the following is a soft chiffon cake, the standard is very good ~ chocolate parboiled cheese even I have this chocolate control feel tired, not recommended ~ honey concave cake More honey, a little sweet, not too recommended ~ (Hey! Partial!)

Specific evaluation or please we take a look at some of the public number of evaluation video! If you look at it, you will know the advantages and disadvantages of each mobile phone. Here, I simply sum up the use of this week's experience.

Fast charge really gives power. 20 minutes or so can be more than 20% to more than 60%, do not be afraid that the mobile phone out of power, and the effort to pack enough to charge enough electricity ~

Life is still reliable. Equipped with a large 2k screen electricity, my 4Pro battery drop is very frightening, Pro6 plus is much better ~ only the first day of use very heavily used, half a day with a majority of electricity, after the phone does not leave, keep brush In the case of Taobao WeChat, it can also support one day. At night, it is basically still more than 20%. If you get up early, you can charge more than 90%. 8-hour night flight mode only 2% of the electricity ~

Mobile phone feel good, high value ~ To tell the truth than the OV advertised in female mobile phones to look a lot better ~

Camera tuned very well ~ Now flagship machine during the day when the light is good, the photos have no problem, as long as not a few Mao party, can meet the requirements, and night photographs, Pro6 plus performance is relatively good ~ specific performance or please See evaluation video ~

mBack is a function that the public friends like to imitate, and they are not willing to change their habits. But this time, the key feel is not particularly good. Touching on both sides sometimes feels a little loose, and I don't know if it will get looser in the future. The added heart rate function is not very accurate, especially when using the thumb. One end of the game was actually measured more than 80, continuous measurement several times! Waited for two minutes to change the index of food, become more than 110, this is more reliable.

The screen size is indeed slightly larger. In fact, the size of Pro6 and 6s is more suitable for one-handed grip. Although 6plus is only a little bigger than 4Pro, it is really inconvenient. Little sisters need to be carefully considered ~ I have to tangled or not to put a ring on the back, so as not to I accidentally fell the phone. . .

The official mobile phone case was bought, the thickness was not as thin as it was supposed to be, and the opening was a bit biased in the speaker's position. Because of its thickness, the width has also increased significantly, and the roundness of the sides has also deteriorated. Even a slight cut is made. However, I bought it for two or three days. I accidentally touched my cell phone from the bedside table to the ground when I was up late. I didnâ€™t dare to pick the phone case.