The augmented reality mobile game "father.io" has attracted the attention of countless people, but this game has not been reported to land in the Chinese market. However, Tencent has now brought it to China at the Tencent Global Partner Conference (TGPC). 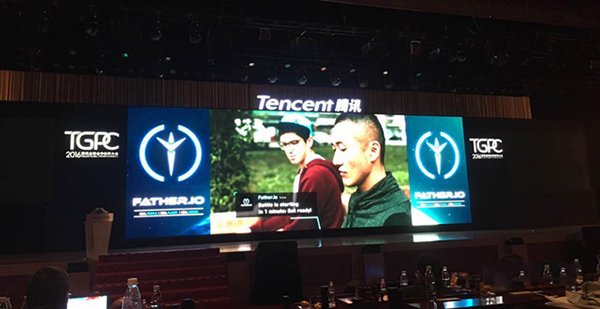 The story background of the game sets a future world. The entire world has been controlled by the evil power of artificial intelligence. Humans have divided themselves into different camps to fight. In addition, "father.io" also provides players with 7 occupations such as engineers, doctors, militiamen, and hackers. Different characters have different abilities and characteristics.

Like the popular multiplayer online games on the market, players can team up with friends or passers-by to divide themselves into camps and then play in real venues. The game venues are not fixed. The player needs to use specific gestures to operate, such as filling bullets and shooting. Like â€œCSâ€, the gameplay is very rich: hero mode, when â€œgod-like opponentsâ€ are on the line, one person saves the world; use human tactics to fight more and less, outcry the encirclement, destroy one by one; hide in the corner and ambush the enemy; or The beard of the beard in the video is the same as a passer-by, and then waits for an opportunity to attack each other.

Such a game mechanism can encourage players to go out and even promote social and physical exercise. Of course, Xiao Bian believes it will also bring a lot of social problems like Pokemon Go.

Perhaps something more exciting for Chinese players is the very low cost of the game. No need for expensive equipment, just a smart phone with a camera, players can carry out live-action version of "CS", or live version of "watching pioneer" shootout.

From "Cross Fire", "League of Legends" to "Dungeon City and the Warriors OL", Tencent's game has achieved good results. This time Tencent invited Proxy42 to China's Tencent Global Partner Conference, whether it implies that Tencent will play such a game. Of course, Tencent has already denied the news of Tencent agency Pokemon Go.