Many companies want to track from the inside out on mobile VR. San Francisco is one of them. However, its means of realization has come to the fore.

Instead of using an additional camera to retrofit the headlights, Occipital announced today its own mobile head-up Bridge, designed specifically for the Apple iPhone 7, 6 and 6s. The device has its own structure sensor and is placed on top of the head. It also has adjustable lenses that expand the iPhone camera's field of view up to 120 degrees. 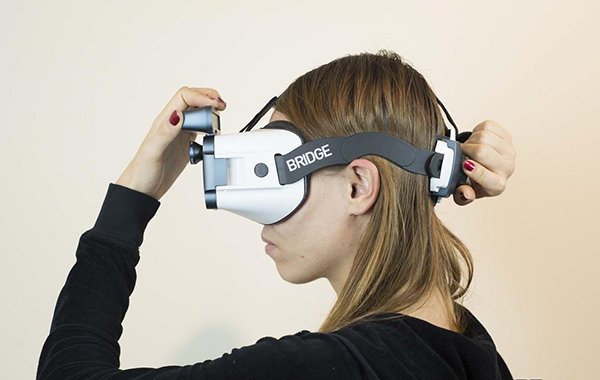 This headshot not only wanted to enhance mobile VR performance with position tracking, but also wanted to provide an MR experience.

The Occipital Bridge Developer Kit Explorer Edition has a Unity plugin that allows creators to implement location tracking in new applications or existing experiences. The company also has its own Bridge Engine, which plays a large role in MR.

The engine first maps the area where the user is located, and then transmits the information to the virtual object and character. Occipital uses a virtual robot, Bridget, to demonstrate this functionality. Virtual Bridget can bypass real-world obstacles and play games with users. The company will open source Bridget for MR developers to learn. 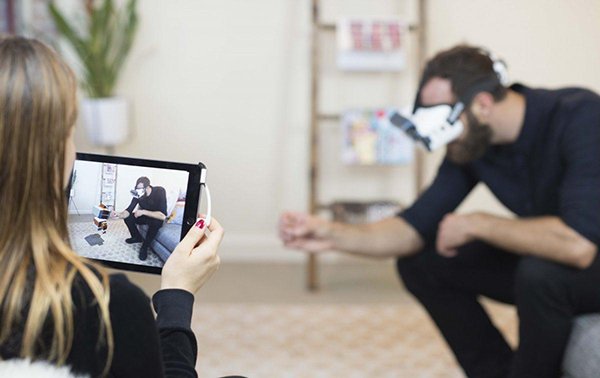 Bridge is definitely an ambitious device, but Adam Rodnitzky, vice president of marketing, says it is â€œdifferentâ€ from high-end MR systems (like HoloLens). The future direction of the company's efforts is to port HoloLens' capabilities to the mobile suite.

So why only support the iPhone? Adam said that Apple's equipment has many advantages, such as the consistent appearance of mobile phones, many people stay up late to update to the latest version of iOS, which ensures the smooth performance of the Bridge head. If you are open to Android, some of your usersâ€™ phones may not be compatible.

"This does not mean that we will not have a day to support Android, but now we are focusing on iOS."

The Bridge Developer Kit, the Explorer Edition, will be available next week for $499 with Headset, Bluetooth Controller, and Bridget applications. Standard Edition plans to ship in March next year, priced at 399 US dollars.